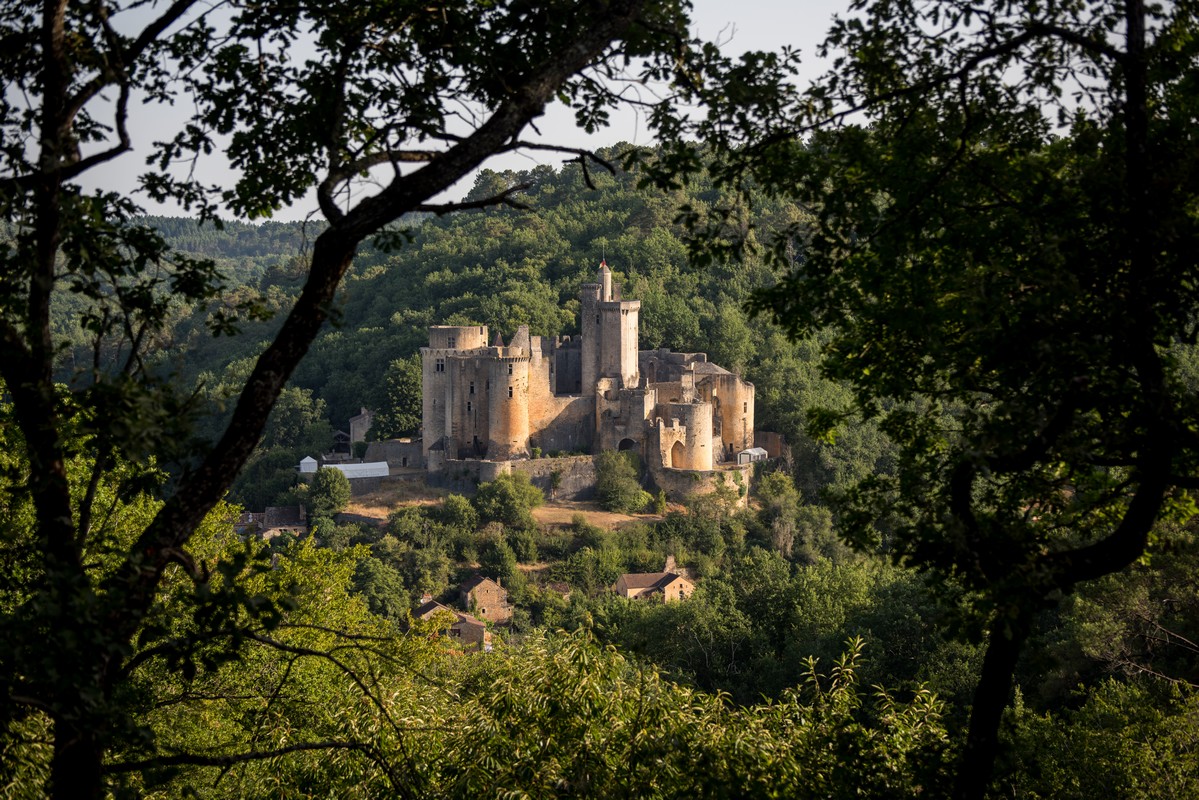 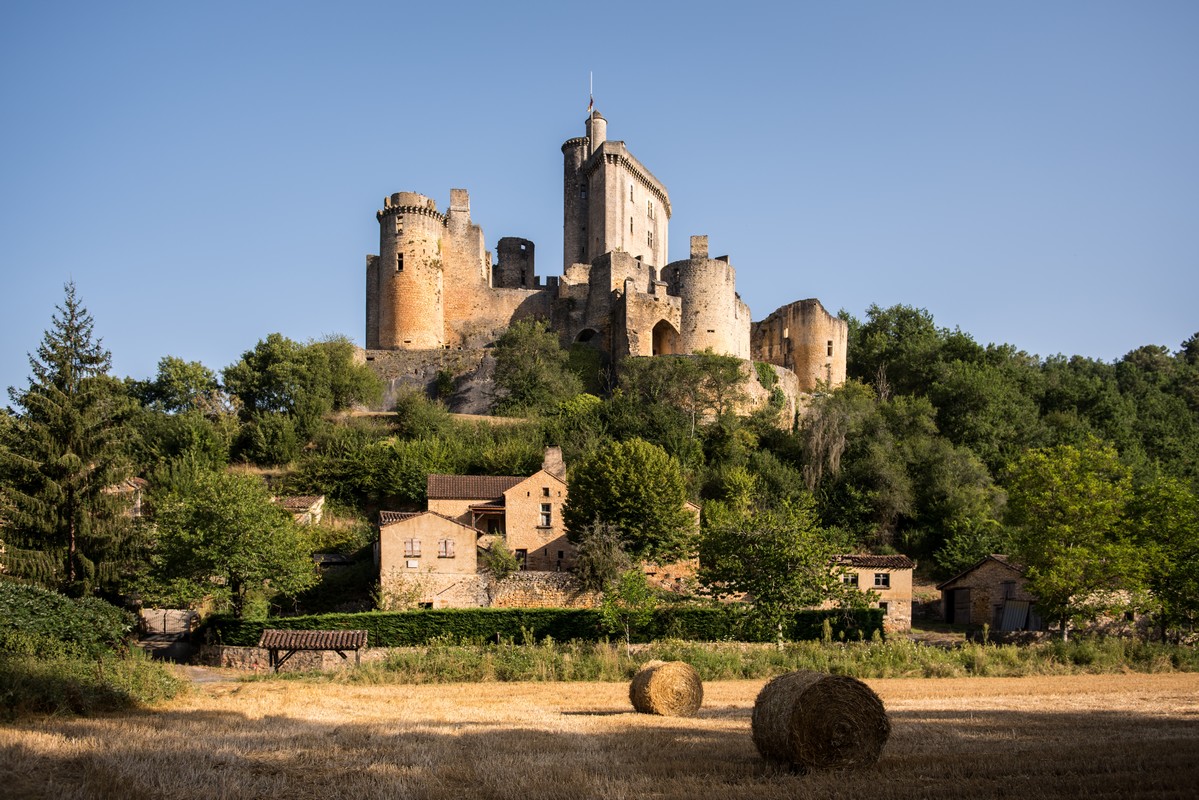 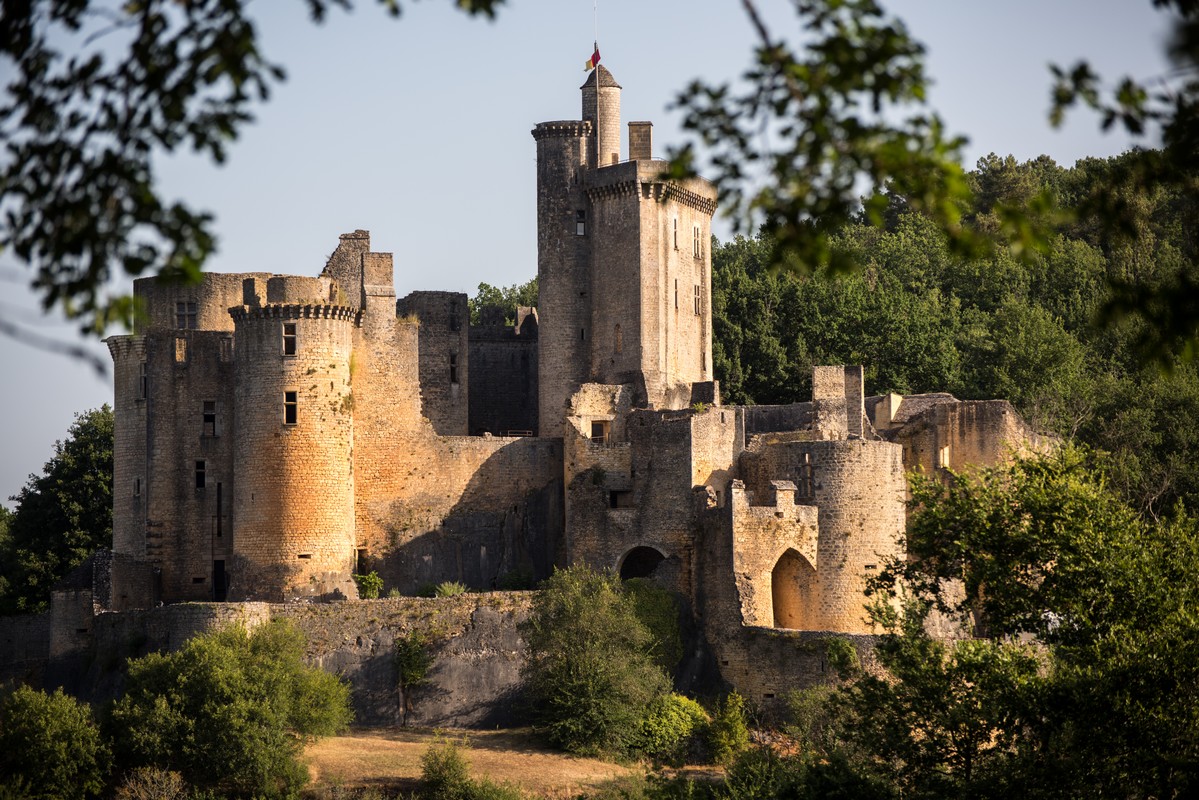 At the gateway to Lot, in Lot-et-Garonne, Bonaguil Castle seems lost in the middle of the woods, in a rocky region of steep hills and red earth. It suddenly appears around a bend in the road or among the trees and stands out with its size, massive architecture balanced on three rocky outcrops.
Built on a foundation from the 2nd half of the 13th century, from the late 15th century to the early 16th, Bonaguil is an emblematic model of a fortified castle, unique in Europe. It illustrates the development of defence techniques from the Middle Ages to the Renaissance, up to the beginnings of Vauban-style fortifications after the development of artillery.
A major Aquitaine attraction, owned by the city of Fumel, it welcomes you, both day and night, from the top of its dungeon to the coolness of its caves, for exciting visits, activities and workshops which take you back to the Middle Ages.